What is recycled fibre?

Recycled fibre grows on trees. Quite simply, it is primary fibre that is used one or more times and then collected from the market and given new life by being reused. However, each time the fibres are used, their properties deteriorate. As a result, recycled fibre-based paperboard or paper cannot be used for applications that make the highest demands on the primary fibre’s performance.

One telling example is that of packaging construction. The most important task of packaging is to protect a product throughout the entire value chain from producer to consumer. If we define this protection requirement in terms of the paperboard material’s stiffness, then there is no difficulty in achieving the same stiffness with both recycled fibre-based and primary fibre-based paperboard. However, when using recycled fibre, more material is required to achieve the necessary stiffness. In such cases, people may believe that they are doing the world a service by using recycled fibre. But they also need to understand that transporting more and heavier material through the value chain actually worsens their environmental performance.

This is a typical case in which two environmental goals oppose each other, and we must examine the particular application in question in order to be able to decide which alternative is the most resource efficient. At Iggesund Paperboard, which only manufactures paperboard made of primary fibre, we are positive about recycling paper and paperboard. However, we also believe that more people should understand that primary- and recycled fibre-based products are not two different and separate material systems. Rather, they are one single system in which recycled and primary fibre are mutually dependent.

"People often assume that primary and recycled fibres are in opposition to each other when really they’re both part of a single continuum. You can’t have one without the other.”

In order for recycled fibre to be available, the system must constantly be supplied with primary fibre. Pöyry, the international consulting and engineering company that provides strategic advice and services in energy, industry and infrastructure, has studied the fibre flows in the European market in order to chart the mutual dependence of primary and recycled fibre. The company’s conclusion is clear: if the addition of primary fibre stops, then the market for recycled fibre will stop working within three to six months.

The timber used to manufacture our paperboard Invercote comes mainly from our sister company within the Holmen Group, Holmen Skog. Our own landholdings comprise four per cent of Sweden’s land surface, and our forestry is certified for sustainability in accordance with both PEFC™ (2778) and FSC® (FSC-C110018). Our responsible forestry is manifested in the fact that for almost the past 70 years we have always felled less timber than the annual growth. Presently, about 85 per cent of the growth is felled. This, combined with major investments to reduce and totally eliminate the fossil carbon dioxide emissions from our mills, make Iggesund Paperboard and our owner, the Holmen Group, a leader in the work to combat climate change.

One of the forest industry’s problems – although it is sometimes also an asset – is that so many people have an emotional relationship to trees and forests. People just think it is wrong to chop down trees. In contrast, few people have an emotional relationship to carrots, even though there are major similarities between growing carrots and growing trees. In both cases we must first sow, then after a while we must thin out the plants – perhaps repeatedly – and finally we harvest. The big difference is that the carrot’s lifecycle is a few months whereas a pine tree in Iggesund’s vicinity in Sweden takes between 80 and 100 years to be fully grown. To my knowledge, no carrot grower has ever been labelled as a destroyer or a disrupter of the natural order. 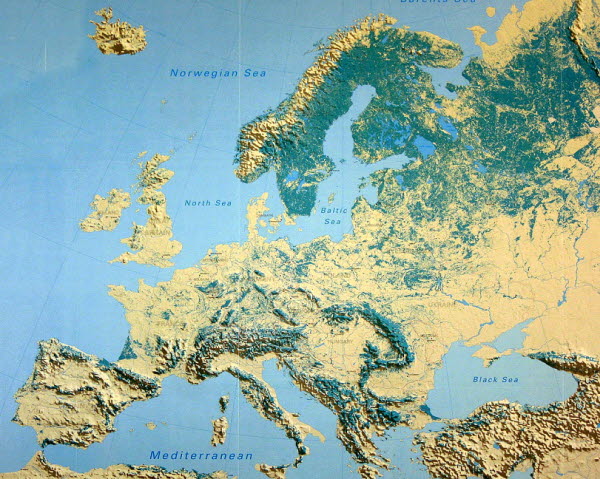 Sweden is so heavily forested that open areas are the exception.

The forest and its raw material are an incredibly important part of Sweden’s net exports and have historically been one of the most important building blocks of our welfare state. To protect this asset, in the first years of the 20th century Sweden created one of the world’s earliest pieces of environmental legislation. It states that anyone who harvests timber must also replant the forest. This law created the conditions for our sustainable forest industry. As a result, Sweden is currently the world’s third-largest exporter of forest products, just behind the USA. The fact that Sweden’s land surface is only 4.5 per cent of the USA’s underlines the Swedish forest’s importance to our welfare both now and in the future.

At Iggesund Paperboard we start with a renewable raw material from well-managed forests – one that is the basis of many paper-based products of benefit to society. Whether these are made of primary or recycled fibre is less important – both fibre types come from growing trees that must be responsibly managed by those of us who use them.

Studies by FSC®  Sweden show that forestry operations conducted within the framework of their regulations have succeeded in retaining biological diversity over time. Given this, combined with the forest’s beneficial influence on the climate and the fact that it produces oxygen we can breathe, it is not without pride that I look at a newly harvested area in the forest that will soon be replanted. I would rather see new life than plastic islands in the world’s oceans.