What does a big industrial plant really mean to its local community and environment? It’s easy to list employee numbers, production volumes, emissions, energy consumption and shipments going in and out. It’s more difficult to describe what such a facility means on other levels and how it influences local life in ways both large and small.

Holmen Iggesund's mill in Workington, Cumbria, UK has been operating now for 50 years, since 1966. At that time, the demise of the British iron, steel and mining industries, which were all well established in the area, made providing alternative employment a political and social priority.

The food giant Unilever had a subsidiary, Thames Board, to meet its own packaging needs for brands such as Kellogg’s and Birdseye as far as possible. In 1966 the company founded the paperboard mill in Workington that for almost 30 years now has been operated by the Swedish paperboard manufacturer Holmen Iggesund.

Under Iggesund’s ownership the mill has been systematically modernised and upgraded in several stages. Since the turn of the millennium the Swedish company has invested about 200 million pounds to develop the mill and thereby give the UK packaging industry local access to high-quality paperboard. Today Workington is the only remaining paperboard mill using primary fibre in the British Isles. The mill has a high technological standard and is a good demonstration of paperboard’s environmental advantages over other packaging materials.

“It’s our philosophy to be the quality leader in the segments where we operate,” explains Ulf Löfgren, Managing Director of Workington Mill. “This spring we modernised the oldest part of our board machine, the press section. The initial result will be a 10 per cent capacity increase from 200,000 to 220,000 tonnes per year. The upgrade also gives us good opportunities to develop Incada more in the future.”

"The upgrade also gives us good opportunities to develop Incada more in the future."

During the 50 years the mill has been operating the number of employees has been reduced, whilst production and productivity, as in many other manufacturing industries, have increased. Today almost 400 people work at the mill but many more families also benefit since there are significant supply chain related contracts that have allowed engineering and logistics amongst other suppliers to grow and invest on the strength of the Company’s sustained success.

Iggesund is highly active in local training programmes within its field of operations. In partnership with other large employers in Cumbria, Iggesund founded the company Gen2, which works to strengthen local job training schemes and provide apprenticeships.

“We’re also represented on committees and governing bodies for a number of local schools.”

“We’re also represented on committees and governing bodies for a number of local schools,” explains Jonny Lowe, HR Manager at Workington Mill. “As a company we actively encourage our employees to take on such tasks, not least so they can help to inform young people about the opportunities that exist within our industry.”

Perhaps the single most important effect the mill has had on its local surroundings, though, is the investment made in 2013 to completely transform its energy supply. A new biofuel boiler costing 108 million pounds has enabled the mill to switch from fossil natural gas to biomass. This move alone had led to an emissions reduction equivalent to taking more than 65,000 cars off the road.

One consequence of this change is that Iggesund has also started a project to persuade farmers in northern England and southern Scotland to grow willow as an energy crop. Many farmers have joined the programme and more are following. The project has particularly attracted farmers who want to diversify or switch to less work-intensive crops. Iggesund currently offers index-linked long term contracts and help with planting, harvesting and transport to the mill. 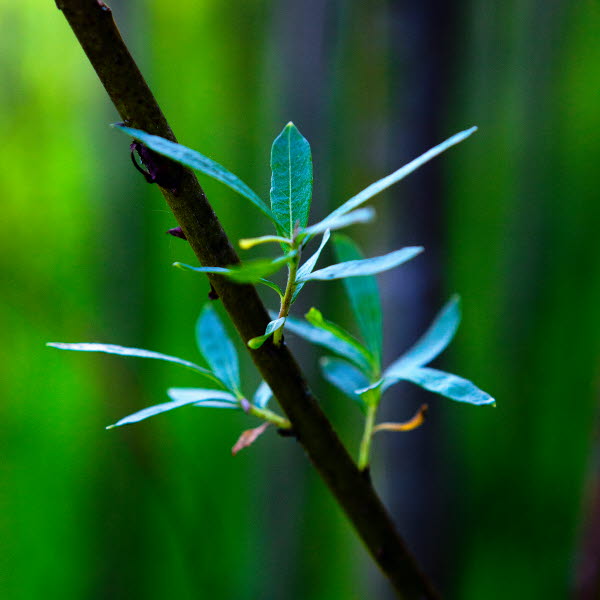 “We call the project ‘Grow Your Income’ and in time it will supply five to ten per cent of our biomass needs for our energy generation,” Ulf says. “We’ve already exceeded our projections and the project has helped to further raise Iggesund’s profile within the local community.”