Why we should switch from plastic to paperboard

You have probably seen them: the photos of whales choking on plastic bags, of turtles drowned in plastic fishing nets, of once-pristine tropical beaches knee-deep in plastic bottles, flip-flops, earbud sticks and billions of other human throwaways are so shocking, it is hard not to just tune out. But that isn’t going to help the planet and its residents, including us. So when and how did the problem of plastic waste arise? How should it be combated? And why have we become so dependent on plastic?

On 5 June 2018, UN Environment (the United Nations Environment Programme), presented the most extensive report it has ever compiled on the problem of plastic waste and potential strategies to combat it on a global level. In the report, plastic waste is described as “a scourge” and one of the biggest environmental threats we face. The report highlights the positive effects of the ban on Styrofoam mugs and of fees for plastic bags, but underlined that much remains to be done. UN Secretary-General António Guterres emphasised the extent of the problem:

“From remote islands to the Arctic, nowhere is untouched. If present trends continue, by 2050, our oceans will have more plastic than fish” and added “We all have a role to play in protecting our only home.”

Over the past 15 years, the problem of plastic waste has grown markedly due to the way in which we use plastic. It is a durable material but in addition to being used in products with a long lifespan, it has increasingly come to be used for single-use products. Instead of drinking coffee from china cups as we did 15 years ago, it is now served in plastic single-use mugs. We have created a culture in which we believe we have a right to have plastic single-use products.

This is a pattern that environmental groups have long struggled to stop. Within the EU, the battle has now had results. In October, the EU Parliament voted by 571 to 53 to pass a law under which single-use plastic products such as disposable plates, cutlery and straws, will be forbidden in all EU countries in 2021, and 90 per cent of all plastic bottles will be recycled by 2025. 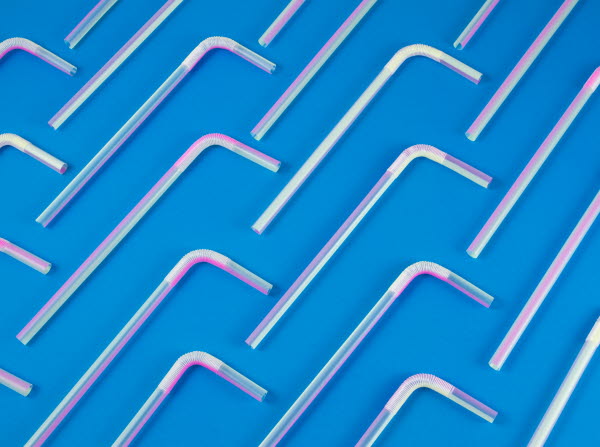 Plastic straw bans have come into effect around the US. It’s a good start, but far from enough, according to Petri Vasara.

The horror pictures of plastic litter have led to the widespread call to “get rid of all plastic!” However, this is not a realistic idea, as Karin Sanne of IVL Swedish Environmental Research Institute explains.

“There are many advantages of plastic as a material. So we cannot say that plastic has played out its role. For example, lightweight, high-tech plastics are being used in cars and many other applications. The problem with plastic is instead one of waste management and littering, particularly single-use items such as bags and bottles.”

IVL Swedish Environmental Research Institute works with everything from research to commissions for public-sector organisations and customers in industry. One such commission it has done is “Holmen Iggesund Paperboard Plastic Packaging Comparison 2018”, a major study that compared types of packaging made of plastic, glass, metal, and paperboard and their impact on the climate and the environment.

As mentioned earlier, the EU Parliament has passed an important law. Within the EU there is currently a high level of collection and recycling of paper, about 80 per cent, but not of plastic.

“Generally speaking, it’s because in the EU, people have worked a lot longer with collecting and recycling paper. And paper is also a more homogeneous material. In contrast, with plastic, you can have several different types of plastic in one and the same product, which makes it much harder to recycle. It varies from country to country, but in Sweden there’s a lot of focus on how to collect and recycle plastics using various technologies. For recycling, the plastics must first be separated at recycling plants. The last option is to recover the molecules using chemical means.”

One of the most visible problems is plastic bags, and many Swedish consumers contact IVL about this problem.

“They ask what type they should use, which ones they should avoid et cetera, and so we have posted information on our website. It’s often a matter of how you use the product rather than the mater­ial. That the product has a long lifespan and is used many times. In the circular economy, the key is to reuse something first if you cannot recycle the material. Personally, I believe it is very encouraging that more and more consumers are so knowledgeable and interested, and that there is really a high level of involvement in these issues.”

Petri Vasara, Vice President of the consulting and engineering firm Pöyry, gives an historical perspective on the plastic problem that the world must now deal with.

“Since plastic first appeared, about eight billion tonnes of plastic material have been produced. Almost half of it is still around, and most of that is lying about littering the countryside and oceans. We have known about the plastic ocean for a while now, but it took a surprisingly long time and required many articles before the problem of microplastics really began being taken seriously. They are harmful not only to the oceans but also to us humans." 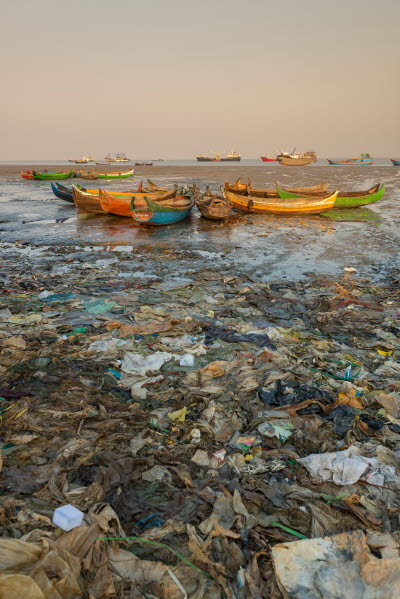 They enter the food chain and damage our intestines and organs. We’re working actively with Holmen Iggesund on these issues and we are specialists in how to substitute other materials like wood fibre for plastic, and we’ve developed methodologies to do so.”

Within retailing and product manufacturing, the wheels often turn slowly. People stay on the same track and continue using plastic. But Vasara says the winds have begun to change.

“We’ve noticed that many people are almost at the panic stage. They know they have to do something but many of them don’t know about the practical solutions that exist today. That’s why the forest industry now has an incredibly important task: to tell people there are alternative solutions. True, sometimes a bit of development work is required but it pays off in the long run.”

The crucial task is to get a real grip on the problem, and Vasara explains there are many sectors where plastic could be replaced with environmentally sound alternatives.

“It’s a matter of doing something real and not being satisfied just to ban straws. However, currently it is not possible to replace all plastic, especially not the more advanced special plastics. But there is a large tonnage, for instance within the electronics sector – both the equipment itself and the packaging – where plastic can be replaced by products from the forest industry. If we start with the packaging, it is all too often made of plastic, but that could easily be replaced by paperboard. With regard to the shell of the products and also many of the structural components of tablets and mobile phones, there’s no reason why they must be made of fossil plastics. Since the early 2000s, companies such as Nokia and Apple have worked to introduce bio-based materials in their products.”

A lot is happening in research into bio-based electronics, including at Linköping University, which is one of the world leaders in the field.

“One thing they’re working on is printed display screens made of bio­materials. Currently the screens are not fast enough but this is an advancing field. This is also where the magic is: to find the components of a product, see where you can replace the plastic right now, do the development work, aim at a slightly longer time period and decide where it is best to wait until research has found new solutions.”

At the same time, it is important to choose which goals to pursue and to be realistic.

“One of plastic’s major areas of use is PVC pipes and tubes. This is a very conservative industry and perhaps not the first one that should be targeted. Nor should the highly specialised plastics that are used in complex machines. These need to be incredibly strong, and there we have a way to go yet before we can offer bio-based materials. We should target areas where it is smart, sensible and possible to replace plastic, and here Holmen Iggesund and the rest of the forest industry have an important role to play.”

Currently there is a lot of interest among both companies and consumers in replacing plastic packaging with fibre-based alternatives, Petri Vasara says.

“Today packaging is being manufactured at a value of 600 billion euro a year. If just one per cent of this plastic packaging could be replaced by bio-based materials, we would have made some progress and also gained six billion euro in new markets.”

He adds that many sectors have now decided to do something.

“They want to move from plastic to paper or biocomposites. It’s very good news that they understand that the problem is so big and that we and the forest industry can offer solutions. There’s a lot of pressure coming from consumers and the media. To be a respectable manufacturer, they must do something. Demonstrate their awareness. And it’s good that this is market driven, because that makes things happen.”

Linköping University in Sweden is researching in the field of bio-based electronics. “One thing they’re working on is printed display screens made of biomaterials,” says Petri Vasara. [photo: Thor Balkhed, copyright LiU.]

Plastic by the shocking numbers. Source: The Guardian.

Today’s cars and planes are, by volume, about 50% plastic.

Each year the world produces around 340 million tonnes of plastic toys, household disposals and consumer packaging. That is enough to fill every skyscraper in New York City.

More clothing is made out of polyester and nylon, both plastics, than cotton or wool. There are also cellulose based textile materials, such as viscose, Lyocell and Modal.

The largest garbage patch (containing plastic and waste) in the central North Pacific Ocean is three times the size of France.