Can food packaging save the world?

Food packaging has long been regarded as an environmental sinner but now the pendulum has swung the other way.

When today’s grandparents were young they imagined that food packaging in 2017 would involve glass jars containing a single pill for each meal. The atomic age brought with it visionary ideas about machines that could build any type of food right from the molecular level. We are not quite there yet (thank goodness) but today we do have types of packaging that can do things people could scarcely have dreamt of back in the 1950s. Their purpose? Nothing less than saving the planet.

It was the emergence of self-service supermarkets that caused the development of pre-packaged food to really take off. The US paved the way with grocery chains like Safeway and A&P. In Sweden ICA and Konsum followed suit in the 1940s. Even previously, though, shops had begun selling staples like flour and sugar in strong paper bags. The packaging was important to protect the food during transport and storage but it also became a key way to give the product an identity that could be marketed on signs and in advertisements.

The selection of paper-packaged and canned food expanded but it was with the advent of plastic after World War II that pre-packaged food really took over the supermarket shelves. In the 1950s in the Nordic countries milk began being sold in single-use cartons made of plastic-laminated paperboard. Gradually cheese and various types of sliced meats were also wrapped in plastic so consumers could quickly add them to their shopping baskets. Since then Western consumers have simply assumed they will always have access to pre-packaged fresh foods.

However, what many of us can take for granted is to many others an impossibility. In many parts of the world, having enough food to eat every day is still not at all self-evident. A report from the United Nations Food and Agriculture Organisation (FAO) concludes that every year almost one-third of all the food produced for human consumption is destroyed or discarded before it reaches our plates. To put it another way, almost thirty per cent of all our planet’s cultivable land is being used to produce food that is thrown way. Do read that last sentence again: thirty per cent. In addition, the production of food that is later discarded is the third-biggest cause of greenhouse gas emissions after such large nations as the US and China. And, according to the FAO, agriculture is the single biggest factor causing the extinction of threatened species.

“We buy food, bring it home and throw it away.”

In developing countries most of the food waste occurs during the production process and is caused by such factors as deficient methods of harvesting and transport plus inadequate cooling. In regions with a higher average income more food is discarded at the retail and consumer stages. To put it simply but accurately: in developing countries much of the food never reaches the table whilst the rest of us buy food, bring it home and then throw out almost half of it.

The recent decades’ debate about packaging’s role in the environmental equation has thus focused on rubbish and recycling. Along the entire chain from farm to table, food is moved from one type of packaging to another, each suited to its own role in the process. However, new research has also opened up a wider perspective. With food, the major environmental impact occurs at the growing and production stages. In this context packaging suddenly becomes a potential saviour. 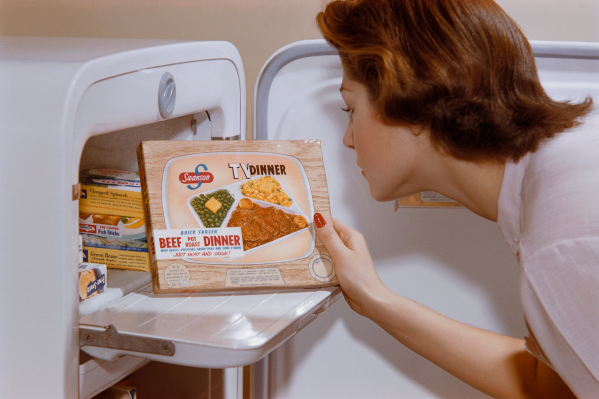 It was the emergence of self-service supermarkets that caused the development of pre-packaged food to really take off.

Helén Williams has a doctorate in environmental and energy systems and is doing research at Sweden’s Karlstad University into how food packaging can help reduce this large-scale food wastage.

“We’ve studied how consumers think and act, and our conclusion is that doing the right thing must be made easy,” she says. “When households in the Nordic region are throwing out between fifteen and twenty per cent of all the food they bring home then we have a systems error.”

Williams’ research shows that a major problem with today’s types of packaging is that they often contain excessively large quantities, with the result that some of the food is spoiled before it can be eaten. As an example of packaging types that cause little waste, she mentions duo packs and the ability to buy precise portions of meat and fish from a deli­catessen counter. Other important demands on tomorrow’s types of food packaging are easy reclosure so the quality of the remaining contents is maintained, easy and complete emptying, and easy recycling.

“We’re still seeing only a few good examples, probably because these aspects constitute a parameter that is still not well known,” she says. “There is also a strong focus on price. Today producers sell more because we’re throwing food away. I hope that in future they will profit from doing the right thing instead – that their pricing policy also develops so it is not automatically more expensive to buy smaller packages. The food and packaging industries must address this issue among themselves.”

“Food waste is a critical issue for the environment.”

Technical innovations by packaging developers will undoubtedly play a significant role. One example is packaging that can indicate that the cold chain has not been broken. This can have a major impact on people’s ability to buy food online safely and on reducing the waste of fresh and frozen food in shops.

The Swedish company Tempix has developed paper labels with an indicator that shows whether a preset temperature limit has been exceeded. The indicator is easily read and can be set to tolerate various time periods of excess temperature before it reacts. If the cold chain is broken the bar code on the label is also destroyed, so the product can no longer be sold. The labels cost about one eurocent each when ordered in bulk.

Many of the company’s customers are located in regions with a hot climate, where a broken cold chain means food is quickly ruined and must be thrown out.

“Fifty per cent of all food produced in India never reaches a human mouth,” says Tempix CEO Marko Arola. “If we could improve that by only a few per cent it would make a huge difference.”

He has just returned from a trip to Turkey, where Tempix is also being used to monitor the handling of temperature-sensitive medicines.
Even in northern latitudes having a temperature indicator on every package could contribute to a noticeable reduction of food waste and also to higher sales, benefiting both retailers and producers.

“All food producers keep a safety margin when putting best-by dates on their products, because the shelf life must be sufficient in different seasons and in different shops,” Arola says. “When the use-by date approaches, the shop has to sell the product at a reduced price and finally throw it out even though it might still be perfectly fine. By using indicators like Tempix, producers can reduce their safety margin and thereby extend the shelf life. This in turn increases sales and reduces waste.” 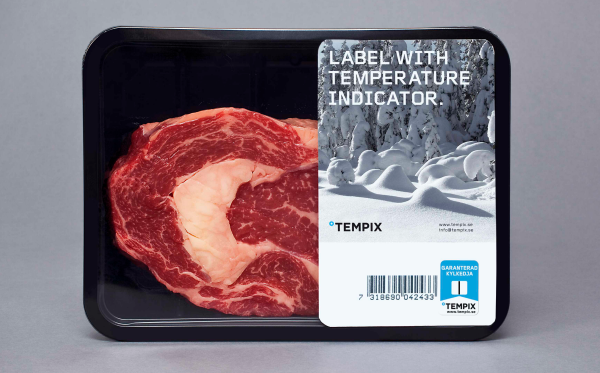 Tempix has developed labels with an indicator that shows whether a preset temperature limit has been exceeded.

Reducing food waste is a critical issue for both the environment and the global food supply. Helén Williams of Karlstad University is optimistic about the future.

“In twenty years’ time I believe we will have far smaller types of packaging,” she says. “Having the right amount for the right consumer is crucial. The packaging will be easier to empty and we will have learned more about what is transmitted from the packaging material to the food. The category of consumers who want to make conscious choices is increasing strongly. For them, food is a good place to start that’s close at hand.” 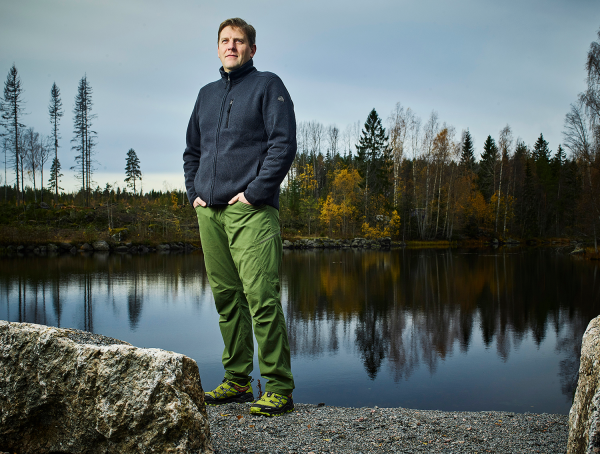 Which social trends will influence how we package food in the future?

“One is urbanisation. More and more people are living in smaller households and this is driving the development of portion packaging. In addition, internet access and increasing online shopping are placing greater demands on the packaging’s quality and robustness, for instance against transport damages.”

“Compared with products sold in conventional shops, online retailing does a lot more repackaging, and each occasion involves the risk of various types of damage. This situation will also lead to the development of various kinds of indicators to show whether the package has been opened or the cold chain broken. Today most food products come in a single type of packaging. As online retailing increases its market share, the needs of giants like Wal-Mart will lead to demands for several types of packaging for the same product.”

What other future developments can we expect?

“Long-term environmental work will continue to increase in importance, and this will give renewable raw materials a considerable advantage compared with petroleum-based ones. The challenge for us is to develop properties in the paperboard that broaden its areas of application. For some time now, people have been interested in the origin of what they eat. Today the care of the production and sourcing of material concerns both the contents and the packaging.”