A large part of the world’s population suffers from an invisible ­disability: They find it hard to eat and swallow. The small ­Swedish family-owned company MYoroface has developed a unique ­product that helps people regain their ability to swallow.

Dysphagia, or difficulty swallowing, is a hidden yet very common disability. Many people suffer from dysphagia after a stroke, but the condition also affects those with neurological disorders such as motor neuron disease, multiple sclerosis and Parkinson’s disease, people with head injuries, and children and adults born with cerebral palsy or Down’s syndrome. Many sufferers also have diaphragmatic hernia, which results in swallowing difficulties, heartburn and acid reflux. 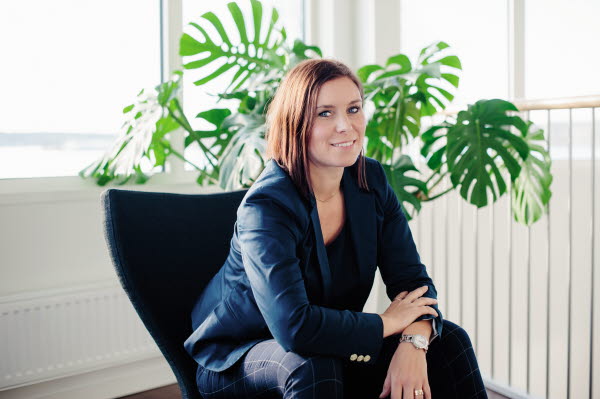 Ylvali Gerling's family company­ provides help to people whose ability to ­swallow has been ­diminished.

“Being able to eat is not only necessary to survival – a good meal also enhances our quality of life,” says Ylvali Gerling, managing director of medical device company MYoroface, based in Hudiksvall in northern Sweden.

The company is owned and run by Gerling, her sister Linn Hägg and their mother Mary Hägg. In 2014 it launched IQoro, a treatment with an accompanying product for anyone who has weakened muscles in the mouth, throat and oesophagus. In simple terms, it is a specially designed plastic shield with a handle. The shield is placed over the teeth, and patients train their muscles by tightening their lips around the handle while pulling outwards for five to 10 seconds. This exercise is repeated three times and is performed three times a day. 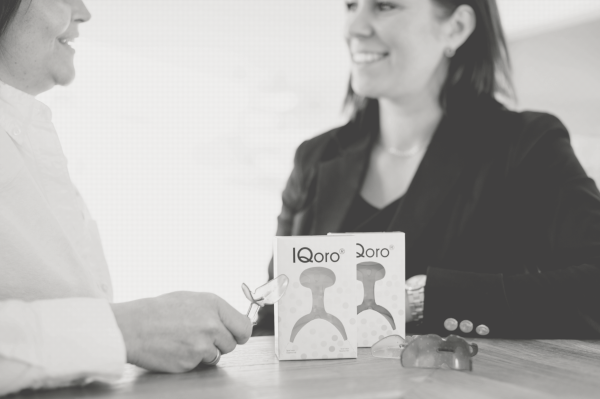 “IQoro stands for ‘intelligent mouth’, and we like to describe it as a dumbbell for visceral musculature, as it actually trains the muscles in the mouth, throat and oesophagus,” Gerling says. “It also has a positive effect on snoring problems.”

The mouth shield was developed by Mary Hägg, a medical doctor specialising in orofacial medicine. She has long been interested in the connections between the mouth and brain, and she has been researching dysphagia for more than 20 years.

“The mouth is such a central part of the body,” Gerling explains. “Babies explore their surroundings using their mouths, and the mouth is crucial to our ability to speak. There are all kinds of connections between the mouth and the brain.”

In 2012 IQoro won second prize in the Scandinavian business-plan competition Venture Cup North, and this encouraged Mary Hägg and her daughters to found MYoroface and invest in the product, which was launched on the Swedish market in 2014.

“It has gone well,” Gerling says. “IQoro is now available in 11 Swedish medical county councils and from several private care providers. We hope soon to be able to sell the product via pharmacies, but we already have a web shop for private individuals. We’re also gearing up for an international launch.”

The next products from MYoroface will be educational packages about dysphagia, intended for both the public and healthcare professionals.

“While dysphagia is one of the most common disabilities, knowledge of the condition is unfortunately often very poor, even in healthcare,” Gerling says.

“At the moment we’re developing the various educational packages. After that we have several products in the pipeline in the field of orofacial medicine, which covers the mouth and face – but that will be some time into the future.”