New Box on the Block

LA-based startup Lumi has become the analogue answer to digital commerce by perfecting packaging options for direct-to-consumer businesses. Inspire met with founder Jesse Genet in LA to hear the story of how she made a box company one of the hottest players in California’s tech world. And why creativity has been a key to that.

When Jesse Genet smiles at you it’s not just a smile. It’s a force of zeal and ardour that’s impossible to deny – much like her company Lumi, which has taken Silicon Valley and the American tech industry by storm lately.

A packaging company that has been able to raise more than nine million dollars in venture funding from digital giants that are crazy about an old-school concept in new packaging, as it were. How was it done? By meticulously perfecting all the components of the packaging process and optimising the supply chain with inspired and deliberate elegance every step of the way. And by using creativity as the main rule of thumb.

It all began with a modest Kickstarter campaign in 2009, when Lumi was far from what it is today, as Jesse explains with clear amusement as she looks back at her company’s evolution.

“It's coming up on ten years, which feels pretty crazy, and it’s also kind of nuts that 2009 was the year Kickstarter was founded. My co-founder, Stephan Ango, and I were industrial design or rather product design students. I had this product I’d been working on as a hobby and Stephan told me about Kickstarter.” 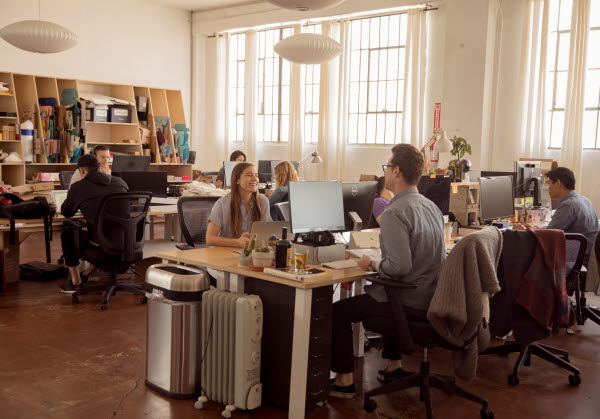 The Lumi staff all busy helping brands understand what is possible in the manufacturing world.

What was the concept back then?

“Well, I think there are several distinct steps of moving from one idea to the next. We learned all about the challenges of packaging and then we thought: let’s improve packaging. But if you had talked to me a few years ago, I would not have said I was running a packaging company. It was more that we were talking about how companies really needed help with handling orders for custom-branded things. It was all very general and it was interesting how everyone’s questions about what we do and don’t do helped us to clarify even further. For example, we would ask: ‘So, do we make t-shirts for companies?’ And then we would say: ‘No, no definitely not that. Definitely not t-shirts’. We try to help brands with the stuff they really need. It’s really a set of interesting cross-sets but it’s easier to articulate that what we make is custom packaging, which brands need because of the boom in e-commerce.”

What key steps did you take to move forward?

“It’s really enlightening to be out in the world talking about your idea, which is something designers and creatives don’t always do enough of. When you come from the design and creative realm, it’s easy to take the approach that ‘I’m going to polish this idea until it’s a gem. And then I’m going to put it out into the world and everyone will just love it’. The designer mentality is a bit like that sometimes. What I’ve become good at in my business career is realising that the more you’re out in the world trying to explain what you’re doing, the faster it actually happens. You’re trying to explain your idea and you think it sounds really good and people react by saying ‘I don't even know what you mean.’ And then you realise ‘Okay, I guess this isn’t good yet’. Or it may not make sense yet and it isn’t cohesive yet. But from 2015 onwards we identified the core concept. Then we just worked really hard to source everything we needed – all the various components to actually launch the products. We didn’t just go into a room with a big whiteboard to plan it out. It was more about hearing from the actual customers, and the majority of people we were reaching were doing e-commerce, because that is very likely the market for most people who are selling physical products today.”

“We’re a young company that’s growing quickly. Our customers are mostly startups too, so there’s a double dose of entrepreneurialism here.”

What part did creativity play in this evolution?

“Since we’re a startup, our company has many creative aspects. We’re a young company that’s growing quickly. Our customers are mostly startups too, so there’s a double dose of entrepreneurialism here, with people asking for crazy things all the time. We get to see the forefront of where e-commerce is heading, because every day we see brands that are just launching. All this involves a tremendous core of creativity on a daily basis, starting with the brainstorming. We don’t do speculative design but we do constantly brainstorm with customers. We ask what should they be doing to fill in their packaging and how can it help them from a business perspective?

“But creativity also comes into play from the customer experience perspective, in conversations that happen every single day here. We’re very fond of our DIY approach and our prototyping lab. For example, we had someone who needed bins for a project. Instead of going out and buying them, someone just went into the prototyping lab and made bins out of corrugated so we could give them to the person later that same day. That kind of thinking is the foundation of Lumi – it’s our mechanism for getting things done. Our job is to help brands understand what’s possible in the manufacturing world. It’s not as simple as just helping people to make boxes.” 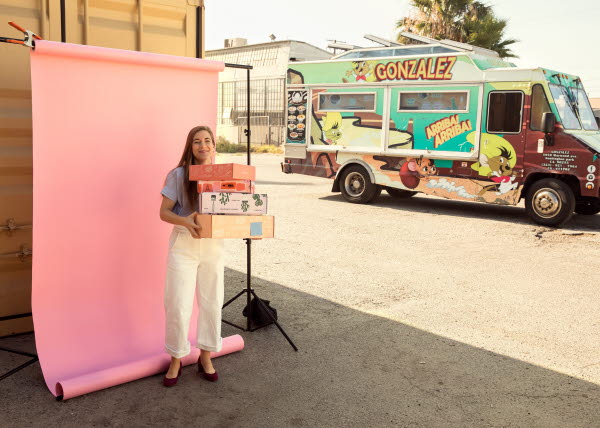 Jesse Genet, the Lumi founder, outside the office next to the Arts District, Los Angeles.

This kind of ingenuity also seems to be crucial to your network manufacturing?

“Yes. The creativity of the design is more than people would imagine. For example, take a young brand that is working with a design agency to decide to create an initial identity and within that identity to create concepts for its packaging. This might only involve sketches and ideas. Here at Lumi, we have a prototyping lab and packaging engineers who can take the designer’s sketch and make it real. I want to make it clear that we are not a design agency. But we do have engineers here who can take someone’s napkin doodle and transform it into a product.”

If you could sum up Lumi’s process for Inspire’s readers, how would you do that?

“Everything emanates from people who get up at five a.m., pull their boots on and make things happen. That is part of the creative core that runs through this company. For example, we might say: ‘So you want a box that opens like a book and you want it to be blue and you need 10,000 and you need them in Kentucky in a month. Let’s zoom out from that and talk about how this box is going to get made and whether the price is right for you.’ We do a lot of rubbing the edges off of everyone’s ideas until we make sure that the box is not just beautiful from a creative standpoint but that it’s also helping their company to be efficient, because efficiency is beautiful too.”

“We think about sustainability a lot. When we meet our clients, no one is out to crush the planet or make terrible choices.”

Creativity surrounds Lumi as well. Here we are, next to the Arts District in Los Angeles, the city that is home to the entertainment industry. How would you say it affects Lumi not to be located in Silicon Valley in northern California but instead to be down here in LA?

“I love being located here. What the startup scene in and around San Francisco has going for it is that it’s so prolific. That creates a really interesting environment where you can do so much. You can go and visit 12 investors in one day and have a network of 50 friends and all of them are startup CEOs. Things are possible there just because of the sheer concentration of startups, and there’s a camaraderie to that. On the other hand, what I really like about being here in LA is being away from all that. In building this company, it’s more important to me that Lumi creates a Lumi culture – one that isn’t part of the generic startup culture. In LA we have more of an opportunity to do that. Lumi can just stand as Lumi. We’re not part of that pressure cooker, and that really benefits a company like us. On the surface, we might seem like we are not shiny in a San Francisco type of way. But here in LA that is irrelevant. LA has a very practical hustle culture that’s really good for our type of business.” 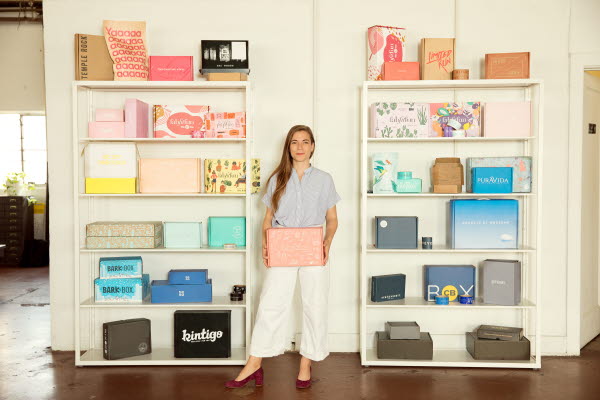 Since paper and recyclable materials are at the core of what Lumi does, can you say something about how sustainability shapes your business model and how you have to be inventive in that regard?

We think about sustainability a lot. The common perception of packaging is that it’s wasteful, and there is some truth to that. So we think a lot about our own responsibility, because we’re a big part of how decisions get made for a brand. We take a few different approaches. One is, of course, sustainability by default. If there are four different material options for a certain packaging, then we always specify the most sustainable option. It’s also a question of production location – to strive for as few transport miles as possible. That is a true win-win situation, as is the choice of material usually. If we see a brand with a fulfilment centre in Reno, Nevada that’s been trucking boxes all the way from Texas, we steer them to a box maker in Reno. Geolocation is core to the business model and usually also saves the brand money. And then it comes down to pure education. When we meet our clients, no one is out to crush the planet or make terrible choices. But sometimes they might be doing that. We want to help them do incredible work instead.”

For more information about Lumi and its “packaging simplified” concept, visit lumi.com