Paperboard transforms in the hands of a paper engineer

Meet Oliver “Ollanski” Bieräugel, one of Europe’s most eminent paper engineers – whose work stands out in the digital noise.

How did it all start for you?

“I grew up in Thüringen, the green heart of Germany, among thick forests and big castles. Even as a child I mostly sat around drawing and making things with my hands. After finishing my military service, I planned to become a scientist. I did my master’s in medical science at the Karolinska Institute in Stockholm in 2007. I moved to Berlin to work but it was quite horrible. Studying science was exciting but I realised it wasn’t right for me. I asked myself: What do I want to do as a profession? I decided that I wanted to sit at home, listen to music and make things. ”

At first you drew things. Why did you start working with paper?

“One of my first commissions was an illustration for a festival guide. It had to cover two pages. So I tested something new and made a model of a festival out of paper, with stages and a campsite. That was my first paper illustration. Today I’m ashamed of it – everything back then was very primitive.” 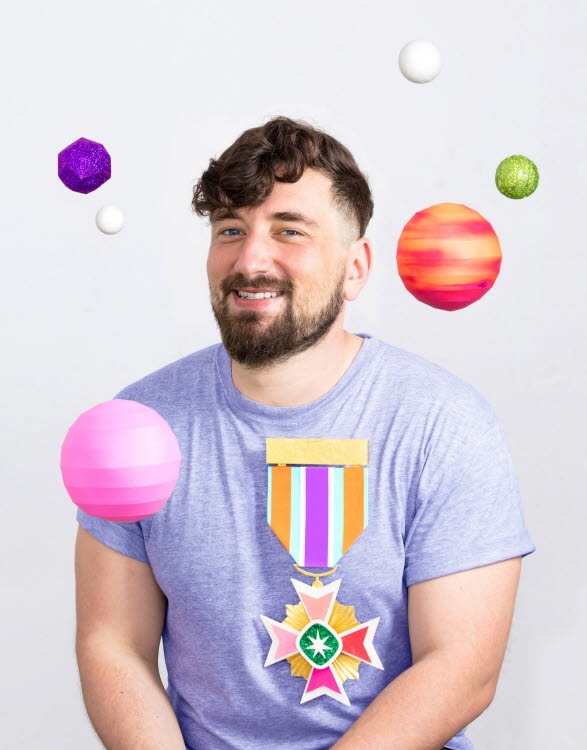 You call yourself a paper engineer not an artist – why?

“There’s a difference between what I do and what an artist does. When I do a commission for a client it’s about creating a picture or animation that as many people as possible like. To me, art is the exact opposite – then you are basing your work entirely on yourself. That’s why I call myself a paper engineer. Most of the time I’m a tool for an art director at an ad agency.”

How much patience is needed to do what you do? I can imagine a lot of things could go wrong.

“A huge amount of patience. For me that is not a problem. I have to let it take time. But I like the feeling of sitting at my desk for hours on end and having a sitcom or audio book going in the background.”

“When you make something using your hands, something happens. It stands out in the digital noise.”

Why do you think agencies and magazines choose to work with you?

“Advertising has become very digital – and global. It looks very similar everywhere – from Australia to Europe. The visual imagery is homogenous and has lost its edge. When a creator makes something for real, using his or her hands, something happens. It stands out in the digital noise.”

How would you describe your style?

“Realistic, rich in detail and brightly coloured. I always try to add a little black humour to my pictures. My style reflects who I am. I tend to be a bit sarcastic.”

After you get a new commission, how does the creative process unfold?

“I generally have masses of ideas in my head. I start to work with my hands almost at once. Sketching with a pencil doesn’t work – I have to start building in 3D right away.”

How much does paper limit you?

“Very much. Especially when I’m dealing with complex organic shapes, like animals or people. I was forced to develop a new technique, where I use clay, silicon, glue and Japanese washi paper to build my figures. I’d reached a limit that I wanted to go beyond. So today there are no limits.”

Are you a paper nerd?

“Oh yes! Wherever I travel, I look for a paper shop. My studio is overflowing with paper from around the world. A paper can inspire me and give me ideas, especially fine Japanese ones with creative patterns.”

What else inspires you?

“Science is still a big interest of mine. Many people just try to recreate the shape of something but I take things apart and rebuild them in a new way. Science fiction is another source of inspiration. And Korean pop music and all the colourful aesthetics around it. Pop culture in general is very exciting. And then nature – the colours and beauty out there. That’s hard to beat.” 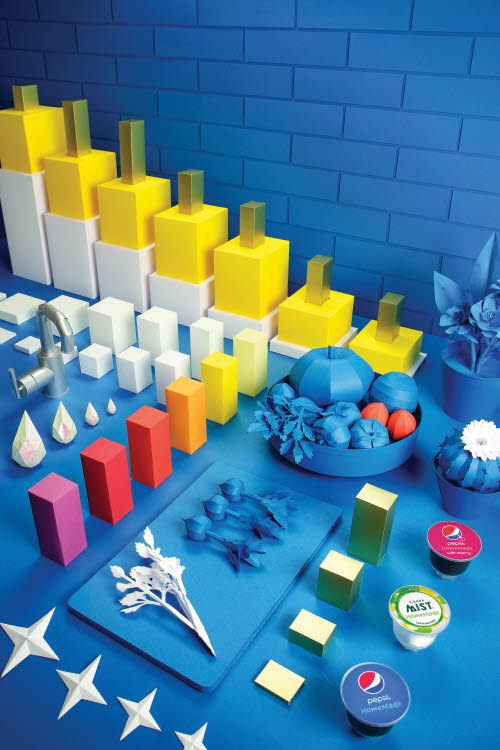 2. Illustration for the Playing Arts card game. Hamburger in the shape of the symbol for clubs. 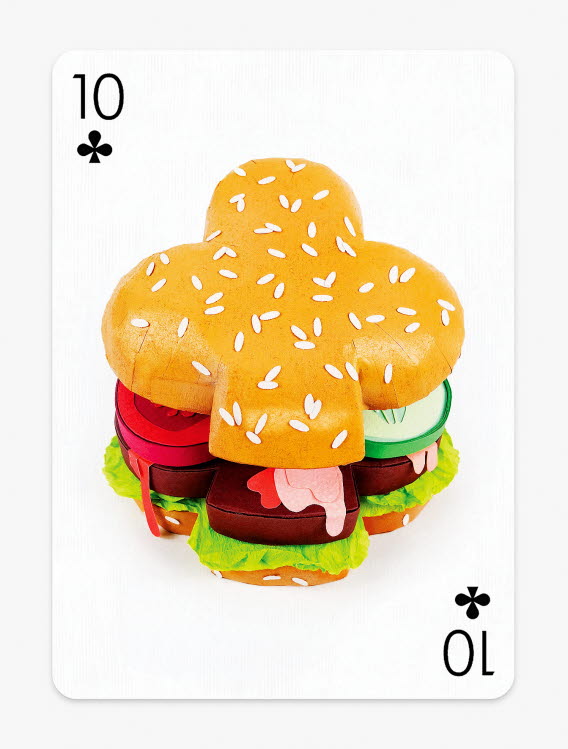 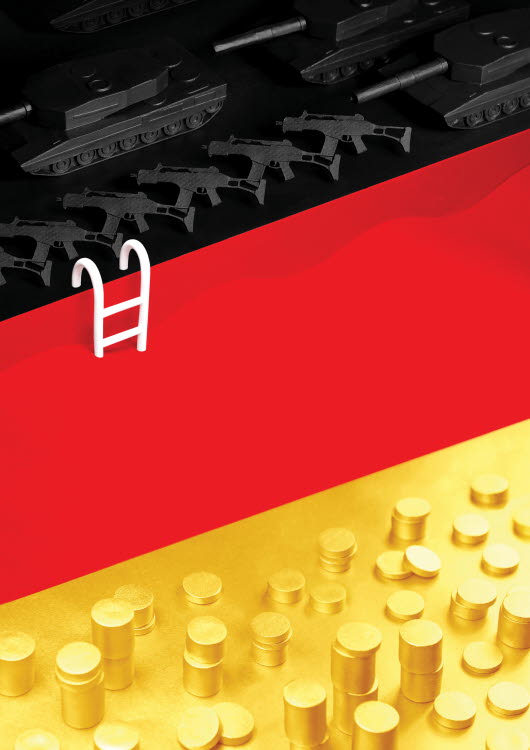