The phenomenon of “unboxing” sheds a light on packaging

Packaging and cartons are more important than ever – even online. Thanks to the phenomenon called “unboxing”, videos of someone unpacking toys or new phones can attract 35 million views.

She’d had the idea for a while. But in January 2014 mother-of-two Aliesha in California decided to make videos featuring her older son, then age two. The clips showed them opening and playing with toys.

Her son loved to watch that kind of clip on YouTube and so under the name of Dudes in Toyland they just got going.

“At first we just did it for fun,” she says, “but after nine months we were so popular that I could quit my part-time job and spend all my time at home with the kids.”

Today Dudes in Toyland has a YouTube channel with almost 50,000 subscribers. On average, Aliesha produces three to four films a week using her phone. All together, her clips have been watched almost 79 million times.

Some people use traditional television techniques and speak directly into the camera. Others, like Aliesha, only show their hands.

“I don’t want to become famous – I like being anonymous,” she explains.

She has fun with the toys in various ways. But the clips showing her and her son unpacking new toys – called “unboxing” – tend to be very popular. She’s wondered a lot why.

“For adults I think it’s a chance to see what you really get for your money – unlike TV advertising,” she says. “I think children watch because they feel part of the experience – they almost feel like they are holding the toy themselves.”

It all began in 2006. That was when what is considered to be the first unboxing video was published on YouTube. In it, technology blogger Vincent Nguyen, speaking in a metallic and monotone voice, unpacks his Nokia E61. It’s all over in one minute 26 seconds and is as soulless as an uncle’s old holiday films from Mallorca.

“For as long as people have given gifts, the wrapping has been part of the whole experience”

However, the concept became an unexpected hit. At the end of that same year, Google Trends noted searches on the word “unboxing”.

But neither Nguyen nor anyone else could have dreamed that the number of unboxing clips shown on YouTube would increase by 871 per cent from 2010 to 2014. Or that a clip showing someone opening a Kinder Egg would be shown more than 35 million times. Or that young entrepreneurs would learn to earn money from opening toys in front of a camera.

Some people still have a hard time understanding the attraction. Many of the texts written about unboxing display amusement bordering on irritation. But for professionals in the design industry, the attraction did not come as a surprise.

“For as long as people have given each other gifts, the wrapping has always been part of the whole experience,” explains Mikal Hallstrup, CEO of the strategic design agency Designit in Copenhagen. “In the 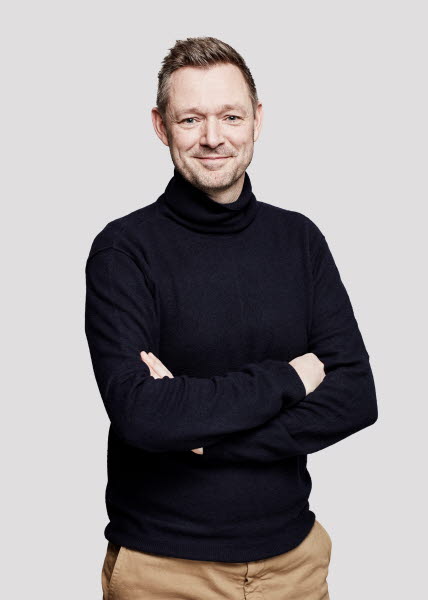 Stone Age people might have used leaves. Today things are more sophisticated but the basic idea is the same.”

He points out that the phenomenon is even more advanced in Japan and other parts of Asia.

“There they work a lot with the design of lunchboxes and packaging of electronics. There’s an almost ritua­listic aspect to opening packages.”

“Those of us who work with design sometimes forget that moment when the customer opens the box – that it is very emotional. It’s like opening Christmas presents.”

People who watch unboxing videos online can do so for many reasons. First and foremost, it is unexpectedly hypnotic. To their surprise, even adults can get stuck in front of the screen watching children opening and playing with the new Star Wars toys.

There are also other aspects. Unboxing can function as a form of reliable consumer advice. Anyone thinking of investing in a new iPhone can gain more useful information from watching a tech enthusiast in South Korea opening the latest model than from reading an article about the same product in the morning paper.
Many of the most successful films feature cleverly designed cartons from which the product is unpacked step by step, creating a visual effect. At best, the process is almost like laying out a jigsaw puzzle.

Whatever the product and packaging, though, the pure entertainment aspect should not be underestimated. Some YouTube stars are incredibly skilled at using unflagging enthusiasm to create strong ties with their viewers.

One example is ten-year-old toy tester Evan, whose most popular clips on his YouTube channel EvanTubeHD got close to two and a half million views last year. Or Canadian Lewis Hilsenteger, whose YouTube channel Unbox Therapy has almost 3.7 million subscribers. They can watch him testing everything from wireless earphones to survival kits.

For the stars who attract such large audiences, there is money to be made.

YouTube’s payment model is neither simple nor public. However, CNN succeeded in getting an anonymous unboxing star to say he receives between 2.50 to 5 dollars per 1,000 viewings.

That doesn’t very impressive but with an audience of millions and many published clips, the money just keeps on coming. 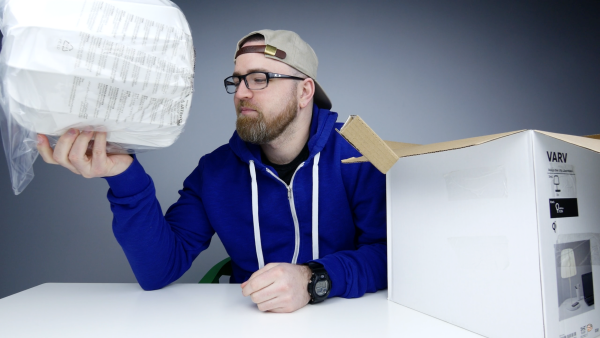 The most successful star is the mysterious woman who opens toys under the name of DC Toys Collector. In 2014 she pulled in 370 million viewings – per month. The OpenSlate analysis platform estimates she earned six million dollars that same year.

Particularly for companies that make more expensive products, such YouTube stars have become an important source of marketing. When planning marketing campaigns today it is important to consider the unboxing factor.

“I would say that 95 per cent of all purchasing decisions are subconscious or are emotionally motivated,” says American marketing consultant Roger Dooley, author of the book Brainfluence. “In this situation, the packaging can help create an added-value experience for the customer.”

He gives the example of newly divorced men in late middle age, who cope with expanding belly by buying a new Porsche. They are happy to tell everyone about the car’s impressive performance but would never admit that what they have really done is to pay 50,000 euro for an illusion that young women will suddenly become interested in them.

“Apple is really good at using its minimalist, luxury packaging to safeguard its brand. Users are reinforced in their belief that the product is worth its price without really being able to put their finger on why,” Dooley says.

Oliver Berger of Sennheiser argues that other companies must follow Apple’s example.

“I and other people who work with this must put more emphasis on packaging design,” he says. “A package is not just something that has to work in the transport chain – it’s part of the communication experience.”

He says the babbling on in recent years about digital presence and customer relations has overshadowed the most important aspect of all: the physical experience.

“As retail is increasingly moved online, the social and physical needs must be satisfied in other ways – such as by an unboxing clip”

Previously the in-store purchasing process involved an experience that was shared with other people: the salesperson, other customers or companions.

Nowadays, as retail is increasingly moved online, the social and physical needs must be satisfied in other ways – such as by an unboxing clip.

“It’s not a good idea to save money by using cheap and ugly packaging – at least not if you sell premium products,” Berger says.

At the same time, it’s important not to overdo things. Mikal Hallstrup warns companies not to stray off course by over-zealously trying to create added value with the packaging. It should reinforce the product, not take over the show. That would be like a restaurant investing all its efforts in the plates and cutlery while cooking the food in a microwave oven.

“Consumers are sensitive about companies exaggerating and wasting resources on unnecessary packaging that just ends up being thrown away,” he says. “It must therefore be smart, attractive, and resource efficient.”

If for no other reason than pure safety. For who has not found themselves experiencing “wrap rage”? Figures show that every year 6,500 people visit hospital emergency departments in the United States after having hurt themselves in a fit of rage while using knives or scissors to try to break into impossible packaging.

“Many companies assemble a group of specialists who analyse the packaging issue from all possible angles,” Hallstrup explains. “But far too often they forget to take account of customer expectations.”

He believes that “at least 80 per cent of all packaging sucks.” Despite that, he finds both comfort and hope for the future in Japan.

“There they are making a big difference with tiny improvements, like how to design the perforations on pharmaceutical packaging. Some of them are so smart you can hardly hear when you open them.”

For YouTube entrepreneur Aliesha, improvement involves refining her technology. She will soon replace her iPhone with a video camera. But how long she will keep on making the clips is an open question. If her sons get fed up she will not put pressure on them.

“It would feel like slave labour to push the children into doing this,” she says. “But as long as they’re having fun, we will continue. Basically, we do this because the whole family loves toys. And, not least, unboxing them.”