From Russia with love

When the Russian office of the Antalis paper merchant wanted to create an extra special greeting card to celebrate International Women’s Day, they turned to Invercote.

International Women’s Day, on March 8, is widely celebrated across Russia with men and women sending flowers and greeting cards to the important women in their lives. Women’s Day in Russia is comparable to Mother’s Day in the rest of the world, except that it celebrates all women – such as mothers, sisters, teachers and grandmothers. Women’s achievements in the personal, public and political spheres are also celebrated.

“We love Women’s Day,” says Elena Berezina, deputy managing director, Antalis Russia. “It means that winter is over and spring is coming. It is an official bank holiday in Russia and we always celebrate it. This year though we wanted to do something different. It is common to give flowers to women on this day. Flowers are everywhere, and in greeting card designs as well. But while keeping this very special spring feeling, we moved away from the traditional flower concept in our new Women’s Day greeting card and chose typography as the main feature instead.” 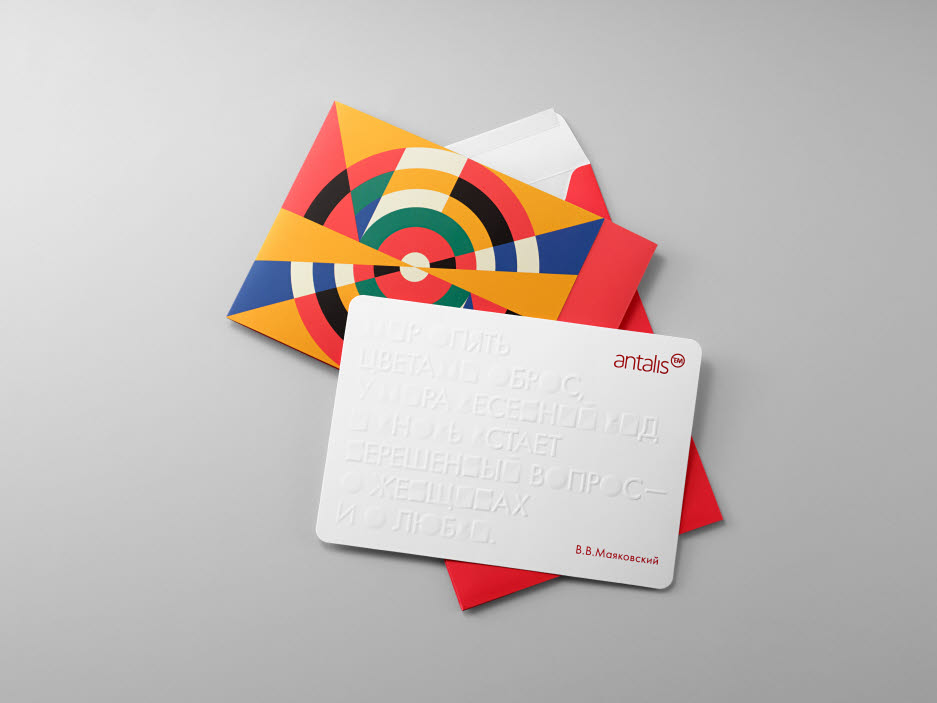 The new Antalis Women’s Day greeting card consists of three parts: an envelope, card and card holder (a special stand so that the card can be placed on a shelf).  All three parts are made entirely from Invercote by Holmen Iggesund.

Berezina explains that the idea for the look of the card actually came from Holmen Iggesund's 2018 Christmas card, which featured a deep, blind embossing of a moose. “I received this as a client and liked it so much it’s still on my desk,” she says. “It's a very nice combination of traditional design and an advanced technical approach. Invercote shows impressive results with embossing.”

Invercote was selected for other reasons as well, adds Berezina. “The main reason for choosing Invercote for this project was the fact that it does not crack. We used 3D embossing for the typographical part, with no print at all, and digital printing for the holder and envelope. In addition, Invercote is a clean white and it has a smooth matt surface. In our opinion, that was the best basis for the simple and clean design we wanted to create.”

Alexander Eliseev, from Hardcore Studio, the converter for the Antalis Women’s Day greeting card, adds that it is the mechanical properties of Invercote that matter most. “Invercote’s multi-layer structure, along with its long fibres, make the embossing process much easier. In addition, its surface has a very appealing tactile effect. These qualities helped us achieve the desired effect with no tensions or fibres breaking. The embossing looks perfect even on the reverse side.”

While working on the card, Eliseev says he also discovered the high tensile strength of Invercote. “There was a margin for even deeper embossing, which would make the relief look more striking. And the process of digital printing for the envelope and holder was completely trouble-free.” 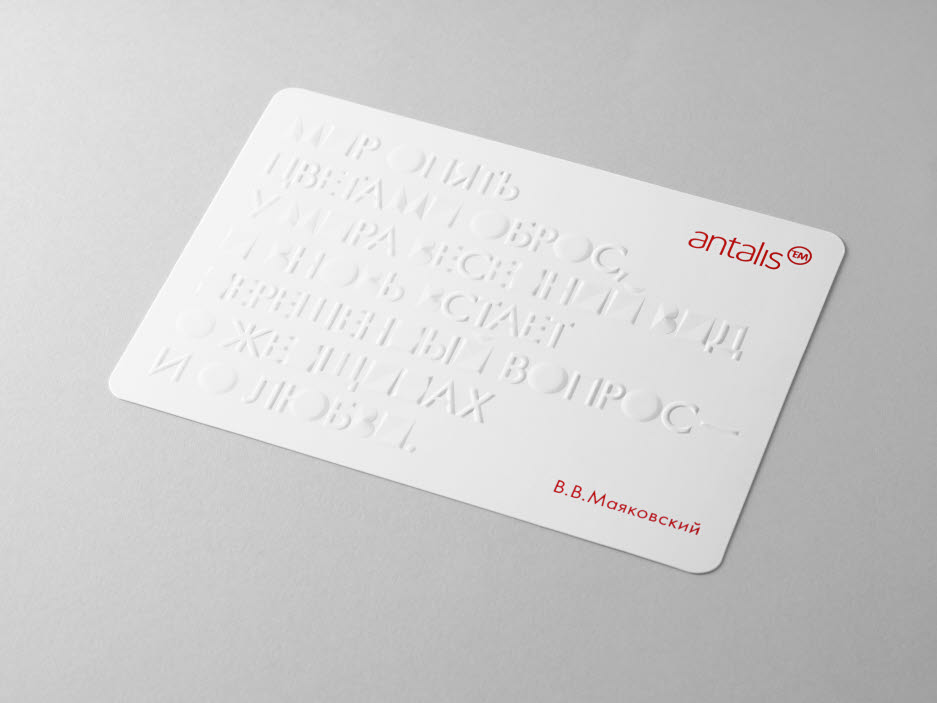 Finishing techniques: The core technique was 3D embossing. Hot foil stamping was used for the Antalis logo and Mayakovsky’s name. The envelope and the holder were digitally printed with matt lamination and die cutting.