Iggesund Paperboard’s mill in Workington, England, where the leading paperboard brand Incada is made, has been awarded the Platinum level by the international assessment company EcoVadis. EcoVadis assesses companies' sustainability achievements and has performed more than 65,000 assessments in over 200 sectors in 160 countries.

Iggesund Paperboard’s Workington Mill is a top performer among the more than 65,000 assessments made by EcoVadis. The mill has been awarded Platinum level, which means it is among the top one per cent of all companies that have been assessed.

In 2020 EcoVadis revised their medal thresholds and introduced a new medal - the EcoVadis Platinum Medal, designed specifically to reward the highest scoring companies in the EcoVadis network. The Platinum level, which the Workington Mill in United Kingdom has reached, includes the top one per cent of all rated companies. Earlier this summer, Iggesund’s other mill in Iggesund, Sweden, was awarded the Platinum level.

“To us, this is a prestigious confirmation that both of our mills have a robust structure in our work with sustainability. Even more important is what it means to our customers; apart from excellent product quality, they can rely on the fact that the products are surrounded by sustainability measures that match the product quality” says Johan Granås, Head of Sustainability at Iggesund Paperboard.

The Workington Mill is to more than 90 per cent running on bioenergy. Apart from supplying the board production with green energy, the mill also delivers green electricity to the National Grid. But even with state-of-the-art equipment the mill aims higher.

“No matter how modern your machinery is, the final decisions are always made by people. We have started to introduce environmentally motivated objectives for operators, which depend on working closely together as a team to understand the effects of their actions on the rest of the process.  As an example, we have been able to reduce the steam and electricity consumption per tonne by the per cent over the last years ”, says Lorna Casson, Environmental Engineer at the Workington mill.

“I’m both impressed by, and proud of the innovative actions we have taken in both mills, motivated by the fight against climate change”, Johan Granås concludes.

Iggesund Paperboard is part of the Swedish forest industry group Holmen, a group that several times in the last decade has been listed as one of the world’s 100 most sustainable companies on different sustainability indices. All Holmen Mills have been awarded Platinum. 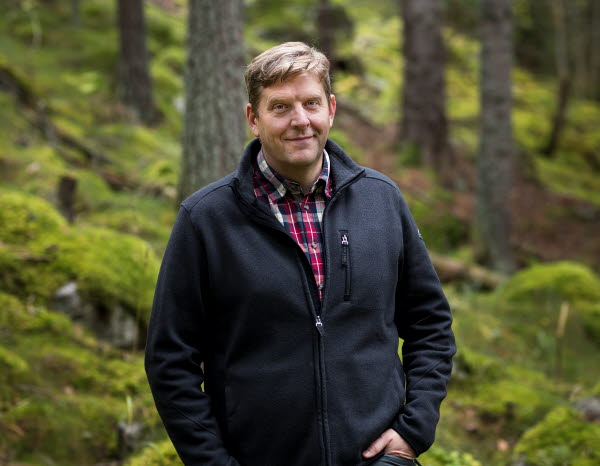 “I’m both impressed and proud of the innovative actions my colleagues both in Workington and Iggesund have taken, motivated by the fight against climate change”, says Johan Granås, Head of Sustainability at Iggesund Paperboard.